What is Net Zero Carbon? 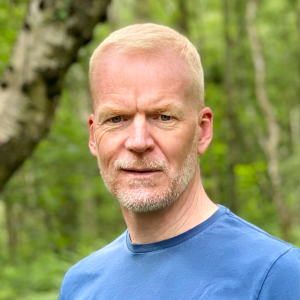 From countries and companies to organisations and individuals, tackling climate change is at the top of the agenda; we all want to do our bit, and one way we can help to do this is to take action to reach net-zero carbon. As a country, the UK became the world’s first major economy to set a net-zero target by 2050; however, most scientists agree that we need to make significant steps to reduce our carbon emissions as early as 2030 if we are we are to stop global warming.

What is climate change?

Scientific data shows that our planet has been getting hotter. According to the World Meteorological Organisation, the warmest 20 years on record have been in the last 22 years, and the warmest four on record have taken place since 2015. As a result, global average temperatures are now 1℃ higher than in the pre-industrial era. A degree doesn’t sound like a lot, but the reality is that this incremental warming already appears to be having a negative impact. What’s more, if recent trends continue, this is set to worsen, with predictions of global temperatures increasing by as much as 3-5℃ by 2100.

Even with this slight rise in global temperatures, we are feeling the effects of climate change. In 2021 alone, we have seen extreme weather conditions affect the lives of millions of people. More than 180 people died in Germany, and Belgium caused by floods directly linked to climate change. By the end of 2020, the number of new people forced to move within their own countries by climate disasters rose to the highest in at least a decade, more than three times those displaced due to conflict and violence. Countries such as China, India and the United States were among the worst affected.

What is causing climate change?

What does it mean to be net-zero carbon?

Net-zero carbon means achieving a balance between the greenhouse gases put into the atmosphere and those taken out.
Think about it like a bath – turn on the taps and add more water, pull out the plug, and water flows out. The amount of water in the bath depends on the input from the taps and the output via the plughole. To keep the amount of water in the bath at the same level, you need to ensure that the input and output are balanced. Reaching net-zero carbon applies the same principle, requiring us to balance the number of greenhouse gases we emit with the amount we remove. When what we add is no more than what we take away, we reach net-zero carbon. While there is no officially recognised standard for net-zero, a working definition has been set out by the Science-Based Targets initiative (SBTi). A net-zero organisation will set out and pursue ambitious 1.5°C aligned science-based targets for its total value-chain emissions. This includes scope 1, 2 and 3 emissions. Any remaining ‘hard-to-decarbonise’ emissions can be compensated using carbon removal.

So what is the difference between carbon-neutral and net-zero carbon?

We sometimes hear the term ‘carbon-neutral’ used rather than net-zero carbon, with many companies and businesses claiming they have achieved one or the other, or occasionally both. Unfortunately, these terms are used interchangeably and with inconsistency in the corporate sector and so it can be not very clear to work out what they mean. ‘Carbon-neutral’ and ‘net-zero’ have quite distinct definitions, and it’s crucial to be able to distinguish between them. So, what is the difference? Carbon neutral means purchasing carbon reduction credits, equivalent to emissions released, without the need for emissions reductions to have taken place. Net-zero means that you have minimised your carbon emissions and balanced remaining residual emissions through carbon removal credits.

Carbon neutrality can be achieved through purchasing offsets with Positive Planet. Every tonne that we offset is approved by the United Nations and certified by an industry-leading formal standard like VCS. As a result, you can support a range of projects, including renewable energy generation, forest protection, and community initiatives to provide access to clean water. Find out more about carbon offsetting for business.

Carbon neutrality is an essential first step in a company’s sustainability strategy that you can achieve quickly. For most companies, it is a crucial step on the pathway to net zero. If you are interested in becoming a carbon-neutral business, book a free consultation with one of our Net Zero Advisory teams.

What’s the difference between gross zero and net-zero?

Given the impact carbon emissions have on our planet, you might wonder why we aren’t aiming for zero, or gross zero, rather than net-zero. Gross zero would mean stopping all emissions, which isn’t realistically attainable across all our lives and industry sectors. So even with best efforts to reduce them, there will still be some emissions.
Net-zero looks at emissions overall, allowing for removing any unavoidable emissions, such as those from aviation or manufacturing. Removing greenhouse gases could be via nature, as trees take carbon dioxide from the atmosphere or new technology or changing industrial processes.

Currently, it almost impossible for most businesses or organisations to achieve net-zero. This is because of the limited availability of carbon removal technology. In addition, any organisation claiming to be net-zero must justify the basis on which any residual emissions are impossible to reduce.

However, it is something that you can and should start working towards. Have a look at the resources provided by the Science-Based Targets initiative on how to set targets to reduce your emissions in line with 1.5°C goals. A net-zero carbon roadmap is a must to truly tackle the decarbonisation of our industries and protect our planet.

If your business is looking to start measuring, reducing and offsetting its carbon emissions get in touch with our Net Zero Advisory team.

Book A Meeting To Discuss Your Goals

Co-founder of Positive Planet.
PrevPreviousFive Ways to Address Climate Change at Work
NextHow to Comply with PPN 06/21Next

Warrington Mortgage Centre (WMC) provides personalised mortgage advice that’s easy to understand, for first-time buyers and those looking to remortgage their property. WMC understands that a lot of investment in the mortgage industry goes into unsustainable activities, so providing clients with sustainable alternatives and advice was an easy decision to make.