Positive Planet invest in both reforestation and carbon projects on a monthly basis. We aim for a broad mix of UN SDGs (Sustainable Development Goals) and a geographical mix that focuses our efforts across vast regions and continents. 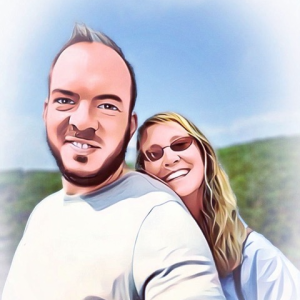 Founder at Positive Planet and Minimalist

This cook stove project is run by Ripple Africa (a UK charity) and benefits approximately 200,000 people in Malawi. Ripple has so far replaced about 40,000 traditional three-stone cooking fires with fuel efficient cook stoves. This project is reducing greenhouse gas emissions as well as preventing deforestation and reduces respiratory diseases and the risk of burns.

Locally, the fuel efficient cook stoves are known as Changu Changu Moto. This translates to Fast Fast Fire. The stoves save wood, so women only have to collect one bundle of wood per week instead of three. They also cook faster and two things can be cooked at once. This give women extra time. Time they wouldn’t ordinarily have, because in Malawi women carry out the majority of household chores and also look after the children.

Children spend as much time in the kitchen as their mothers. Three-stone cooking fires were very dangerous for children because they are essentially open fires. So far, Ripple Africa has recorded a 60% decrease in burns because not only is the fire contained but the pot-rests make for a more stable surface for the cooking pots.
Other health benefits are important as well. Traditional three-stone fires create a lot of smoke and more people die from smoke inhalation related diseases than from malaria. The fuel efficient Changu Changu Moto produces much less smoke than the traditional method.

Ripple Africa has made this fuel-efficient cookstove a way of life and improved the quality of life for those who have one, as well as significantly reducing Malawi’s greenhouse gas emissions.

With a focus on health and wellbeing, this project supports a range of United Nations Sustainable Development Goals.

Kenya is an incredibly beautiful place from the creativity of the people to its diversity of its landscapes and wildlife. From the highlands to the coast, Kenya has an incredible diversity of forest types that have long-supported communities and wildlife. The cultural and ecological heritage of Kenya’s forests is vibrant and unique, but the management of them in recent decades has been unsustainable.

Eden started working with the local community to replant and protect Kenya’s forest systems in 2019. Eden is working in 2 distinct regions within Kenya: the Great Rift Valley and the Northern Coast. In partnership with a local organization, Eden is planting Afromontane species within the Kijabe Forest. The reforestation efforts in the Northern Coast focuses on planting mangrove and coastal forest species. Eden is now the largest, most efficient reforestation organization throughout Kenya.

How Can We Help?

Please select the topic below relating to your enquiry.  If you don’t find what you need.  Fill out our enquiry form. 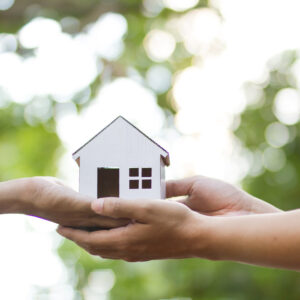 Warrington Mortgage Centre (WMC) provides personalised mortgage advice that’s easy to understand, for first-time buyers and those looking to remortgage their property. WMC understands that a lot of investment in the mortgage industry goes into unsustainable activities, so providing clients with sustainable alternatives and advice was an easy decision to make.

THANK YOU FOR YOUR INTEREST IN OUR NET ZERO READINESS PROGRAM